Bad odors and Individual Sewage Treatment: How to Avoid it?

There is nothing worse than bad smells. They can make you feel sick and they can ruin your day. Bad smells can come from many different sources, but one of the most common sources is individual sewage treatment. If you are having problems with bad odors, don't worry - we can help.

In this blog post, we will discuss what causes bad odors and how to avoid them. We will also compare the least odorous individual sewage treatment devices on the market today!

1. What accounts for these bad odors? What are the conditions for the development of bad odors and the consequences on human health?

There are many different factors that can contribute to bad odors coming from individual sewage treatment. One of the most common causes is a lack of proper ventilation. If there is not enough ventilation, the sewage can become stagnant and start to produce bad odors. Another common cause is a build-up of organic matter in the sewage. This can happen if the sewage system is not properly maintained or if there is a blockage somewhere in the system. The build-up of organic matter can create an environment that is perfect for bacteria to thrive, and these bacteria can produce some pretty nasty smells!

The unpleasant odors perceived are mainly due to three gases:

Like we said before, it is in the absence of oxygen in the treatment devices that the gases are produced. Sulfur hydroxide is the most unpleasant, it smells like "rotten eggs". Ammonia is dangerous for the respiratory tract.

These odors develop even more rapidly when the temperature exceeds 15 degrees, and precisely it oscillates between 10 and 22 degrees in individual sewage systems. This is why it is important to ventilate the tank well so that the concentration of these gases is as low as possible. The problem for the user of an individual sewage system is that it is in good weather that he wishes to enjoy his garden and that it is at this time that the discomfort can be the strongest. In addition to the ambient temperature effect, the impact of changing pressure on one's sense of smell and personal comfort is crucial to understanding olfactory perception.

The consequences of bad odors on human health are also quite serious. Inhaling foul smells can cause nausea, vomiting, headaches, and dizziness. In some cases, it can even lead to respiratory problems and difficulty breathing. If you are exposed to bad odors on a regular basis, it can also lead to stress and anxiety.

As you can see, bad odors are not something to be taken lightly! If you are having problems with bad odors coming from your individual sewage treatment system, there are some things you can do to fix the problem.

2. How to avoid bad odors? What means can be used to remove them?

There are a few different things you can do to avoid bad odors from your individual sewage treatment system. First, make sure that the system is properly ventilated. This will help to prevent the build-up of stagnant water and organic matter, which can lead to bad odors. You should also have the system inspected regularly to ensure that there are no blockages or other problems that could cause a build-up of organic matter. If you do find a problem, it is important to have it fixed as soon as possible to prevent further build-up and odor problems.

If the odors appeared suddenly. It is likely that an incident has occurred. To do this, perform the following checks:

Only inside the house do undesirable odors produced by faulty or insufficient primary ventilation become apparent. They are frequently accompanied by a "gurgling" sound. If you don't want to hire a plumber, keep reading:

So how do you reduce unpleasant odors in non-collective sanitation? By installing secondary ventilation on the roof of the house to dilute the bad smell. The objective of secondary ventilation is to remove gases produced by the sewage system in order to ensure that the resident's comfort is not affected.

The aim is to get them out of the house as quickly as possible and minimize sanitary hazards and discomfort for the user of the sanitation system. The air is evacuated above the roof of the home and diluted in the atmosphere by creating vacuum ventilation in secondary ventilation pipes.

These are also solutions to avoid bad odors: 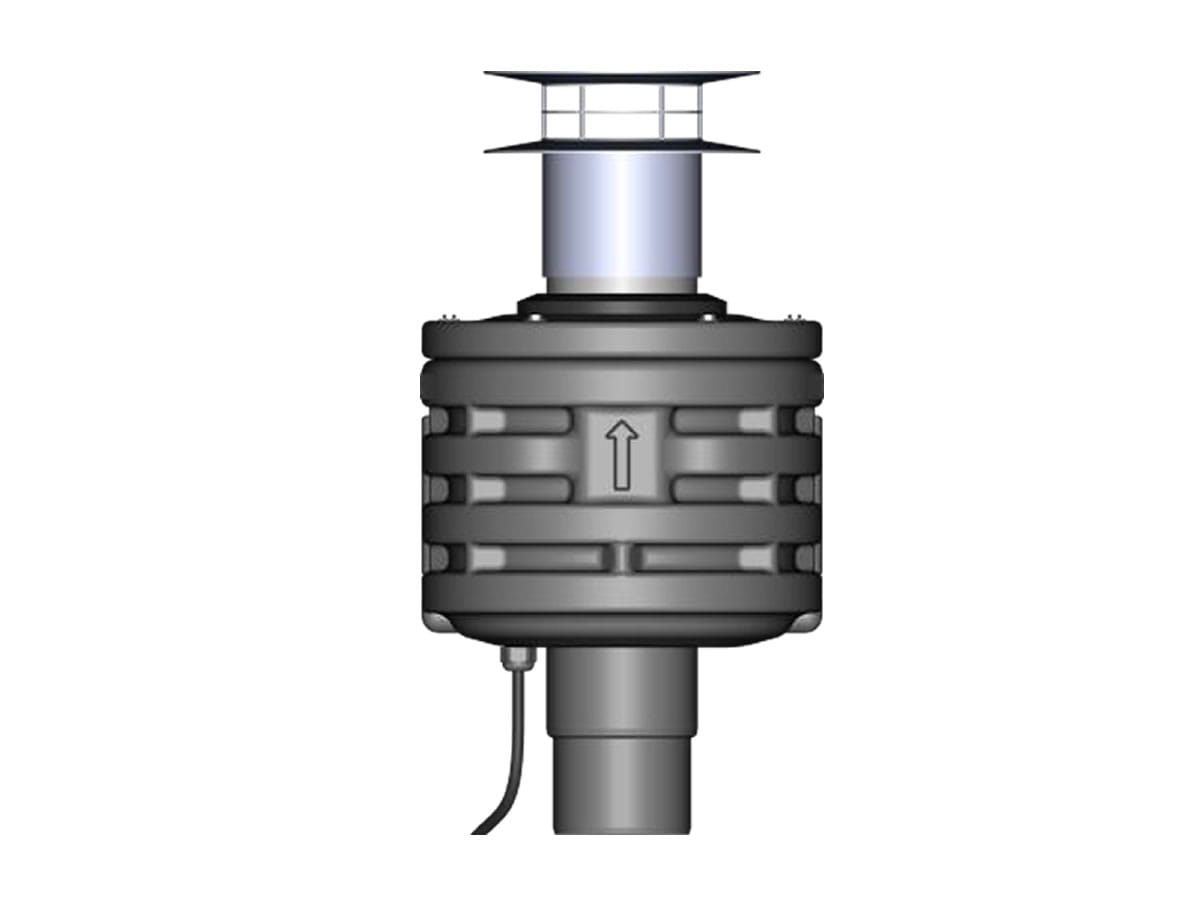 3. Which sewage systems are the most effective against bad odors?

There are a few different types of sewage systems that are effective against bad odors. The first question is "Are ministry-approved compact devices more effective than conventional (sand filter) treatment?" The answer is yes. You will see in the comparison below that sand filter wastewater treatment is the least effective at preventing odor.

In spite of the efforts made to reduce the risks of bad odors, the classic primary tank with a sand filter cannot function without producing them. This is the result of a choice of design of non-collective sanitation systems from the 1950s.

The only way to get rid of these gases is to dilute them in the air with the aid of a roof-mounted secondary ventilation system.

The "fixed culture" technique allows for a large amount of air to be injected into the system solely in the compartment following the primary tank.

The tank, therefore, has all of its potential for producing unpleasant odors. It's worth noting, however, that the recirculation of treated sludge reinjected via the recirculation in the primary tank section reduces malodorous gas production by a degree.

In this example, the treatment system does not provide enough air for the treatment to be completed without producing odors. However, the sludge generated by the process is stored in a non-aerated container and causes a little inconvenience.

Their more recent design than sand filters allows them to be much more compact, and therefore to consume less space on the grounds. 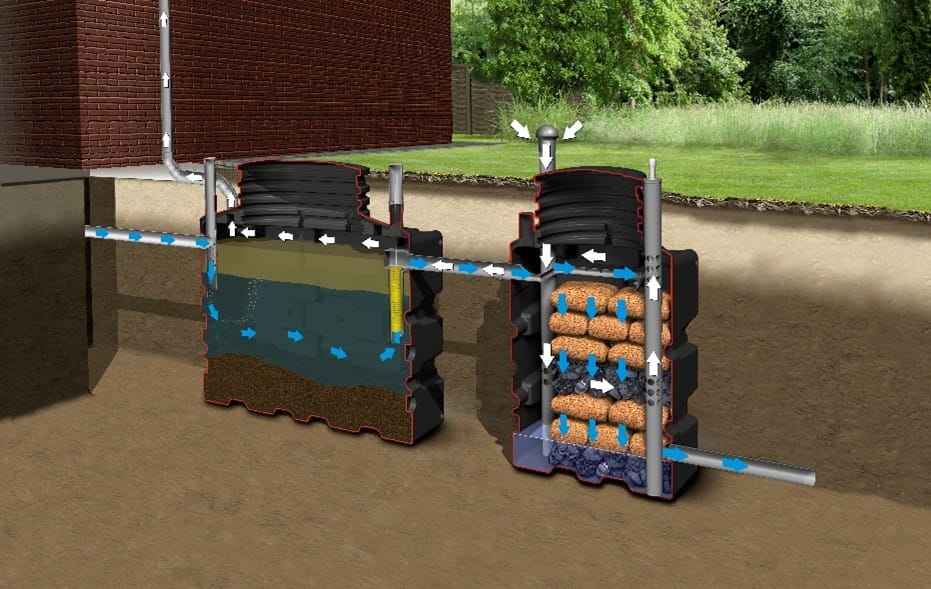 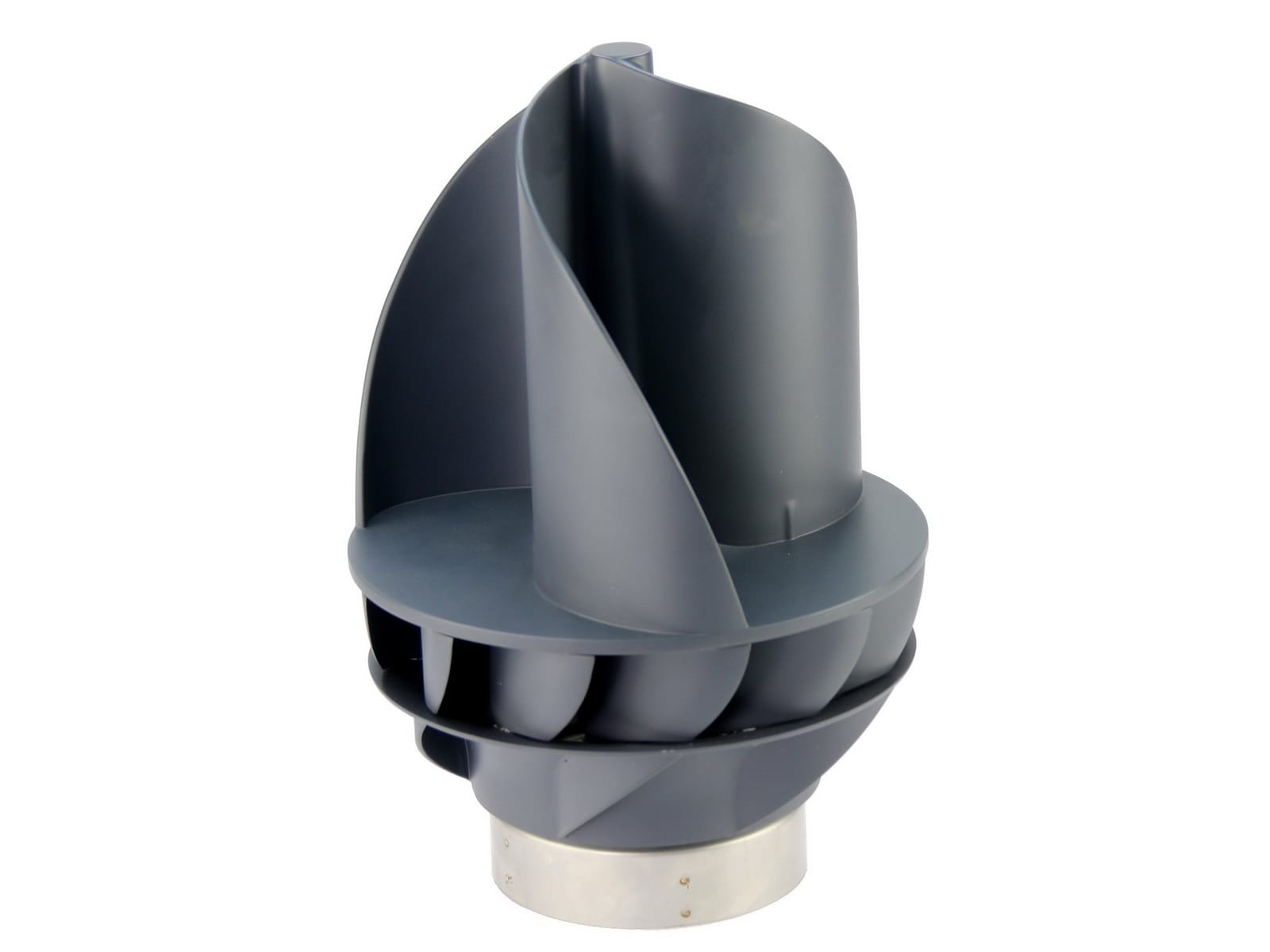 The fan is operating with a wind speed of as low as 1m1/second. Its bearings are completely dust free and don't need any maintenance. If increased ventilation is required or if the installation of the ventilation ducts is a problem (visual or technical), electric ventilation is possible.

Fortunately, BIOROCK ventilation systems have been designed by sanitation experts and experienced engineers. Our tanks are therefore very well ventilated, which allows our systems to be completely odorless. Enjoy your garden again in peace!

Overall, if you are having issues with odors from your individual sewage treatment, there are a few different options available to you. These include verifying that the ventilation air intake is functioning properly and choosing a sewage system that is more effective at preventing odors. With a little bit of research and effort, you should be able to find a solution that works for you and allows you to enjoy your garden in peace. If you have any further questions, feel free to reach out to us and we will be more than happy to help.