BIOROCK Multirock systems up to 300 PE

First systems in operation in the UK, South Africa, and Bulgaria

From Bulgaria - BIOROCK was approached by the operators of an established and popular tourist destination with a difficult wastewater problem.  As with many large and multiple-use sites, there were various challenges to overcome, the initial problem was the lack of space available. The BIOROCK solution was the new compact and highly efficient BIOROCK F wastewater treatment system which takes up a surprisingly small area on site.

There were a number of different and fluctuating loads from parts of the site including a nightclub that could host between 800 and 900 people, a restaurant with a capacity of 150 people, a summer pool bar that could serve around 80 people, and six small 2 bedroom houses. When added together the project had the potential for a load equal to 1,092 PE (people) spread between two sites. 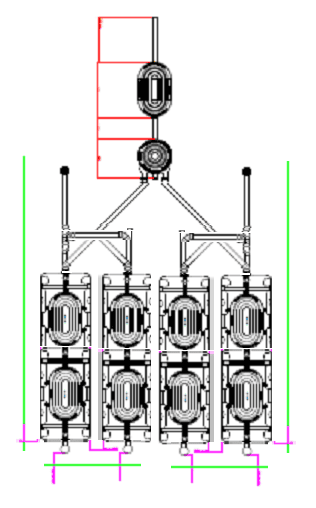 Another challenge was that this high or peak load was only really taking place for about four months in the summer leaving the remainder of the year with very low loads, a difficult problem for most sewage treatment systems. BIOROCK specializes in extremely flexible systems aided by their unique BIOROCK filter media which retains moisture and allows treatment to continue during low use periods. The BIOROCK technical team worked hard to configure a solution that could handle these high loads yet still perform in the winter months, sizing the treatment plant with care. They established that a system using a large 50m3 primary tank and 4 new BIORIOCK F treatment plants was the answer to the challenges set by the site.

BIOROCK multi-systems are becoming increasingly established as the first choice for multiple use sites such as hotels and holiday parks and campsites.